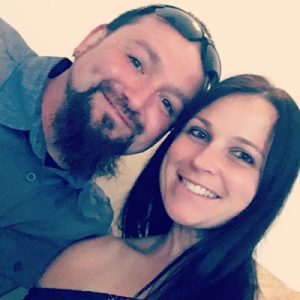 Louis grew up in Willingboro. After attending and graduating from BCIT in 2004 for automotive, Louis became a professional groomer where he honed his skills in animal behavior (he enjoys working with the more aggressive and unwilling dogs). In his early 20’s he began doing foster work for BCAA and took on many foster dogs (keeping those that were not able to be placed). He also became a certified ACO in 2008. Louis started out as a kennel technician than moved up to a vet tech position at a local emergency practice before landing at Housepaws. He enjoys learning new things about his field and went on to complete a dental training course in 2013 and a course on stem cell therapy in 2014.
Louis, along with his wife Krista and their two daughters Lillyana and Layla reside in Dorothy, NJ on their farm, which includes a menagerie of farm animals and senior dogs.